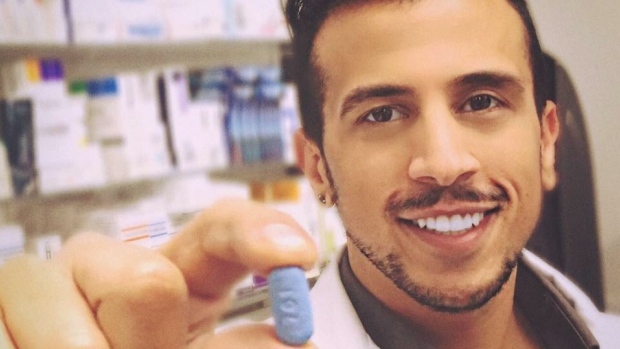 High cost of drug is main reason why many people at risk don't take it, says Dr. Michael Fanous

Taking preventative medication called pre-exposure prophylaxis, or PrEP, can dramatically reduce the risk of contracting HIV if taken every day as prescribed. But Fanous has found through his conversations with those he works with, largely gay and bisexual men, that not everyone feels they can easily access it.

"We can prevent HIV with this medication but the number one reason many men don't take it is the cost," he said.

Currently, PrEP is sold by pharmaceutical giant Gilead under the brand name Truvada.

On a regular basis, Fanous is having conversations with people in the community, especially gay and bisexual men, about the drug and its benefits.

Part of his outreach includes raising awareness among doctors, who he says advocate for testing and treatment of HIV rather than educate and suggest effective prevention strategies like PrEP.

Ryan Lisk, a manager of community health programs at the AIDS Committee of Toronto, says PrEP costs around $1,000 a month.

He says the hope is that its generic equivalent will be available as soon as July. And if all goes according to plan, he hopes, it will cost a quarter of that amount.

"The challenge that gay men are having is that it becomes accessible only for people who have money and great benefit plans... So this is a huge game-changer for gay men," he said.

RonRosenes has been living with HIV for most of his life. He says the community of gay men could greatly benefit from a cheaper equivalent to PrEP.

"We need access to affordable PrEP," he said. "We need it to be available in this province and across the country to the people most at risk and we need it to be prescribed by a wide variety of healthcare providers."

For Fanous, the fight is personal as well as professional. He himself takes the drug every day.

"This is my community, these are my friends, partners and family members that are affected by HIV," Fanous said. "I'm at risk myself as a gay man of being infected with HIV."